The locations of the short story "The Living Daylights" in Berlin, then and now

In the evening of November 9th, 1989, the border crossings in Berlin were opened, and the Wall fell almost overnight. Although the Berlin Wall was the symbol of the Cold War, as a Bond location it played only a minor role. In the films, it was seen only in 1983 briefly in OCTOPUSSY (see here). And the literary Bond only came here in a short story, while the invisible front of the Cold War for James Bond was mainly along exotic climes such as Jamaica, Istanbul or Japan.

In the short story The Living Daylights, first published under the title Berlin Escape in 1962 in The Sunday Times, 007 is sent with a clear killing order to the divided city. An agent with the number 272 wants to defect to the West with secret documents ("atomic and rockets"). The KGB got wind of where and when the defection will happen, and sends a sniper with the order to kill 272 to the border crossing. Bond in turn should eliminate the sniper before he hits 272. During nighttime observations, Bond falls for a blonde cellist who eventually turns out as the KGB sniper, and thus as the potential victim of Bond.
The short story tells us more about James Bond's character than some of the novels. It is to be set in October 1959, after the events of the novel Thunderball, where Bond is sent to a health clinic for his escapades and meets his new enemy SPECTRE. Bond is here in his late thirties and expresses some fatigue. At least he calls it luck, if his license to kill should be revoked.
Secondly, Bonds 'fatal weakness' is reflected here very well. THE WORLD IS NOT ENOUGH has a similar approach for example: A woman for whom Bond falls becomes the target of his license to kill. Unfortunately, the film adaption of 1987 measures not really up to the femme fatale of the short story, because here, the alleged killer girl turns out very quickly as naive and harmless.
For the character of the graceful golden-haired cellist, only known as 'trigger', Fleming was inspired by his younger half-sister Amaryllis Fleming, a celebrated cellist. He immortalized her in the story as that girl Amaryllis somebody.

Setting of the story is an apartment building on the corner of Kochstrasse / Wilhelmstrasse, which stands alone in the bombed border landscape. On the opposite side in the Soviet sector is the 'Haus der Ministerien' (house of the ministries) from which trigger operates. Only a street corner away is the official border crossing, later to become infamous as 'Checkpoint Charlie'. Here, American and Russian tanks were standing eyeball to eyeball on October 27th, 1961. Interestingly, trigger for the Berlin crisis was the control of a U.S. diplomat, who was to visit the opera in East Berlin. The direct inspiration for The Living Daylights, however, was most likely the escape of officer Patrick Reid from a prison camp in Colditz Castle in Saxony. The fugitives had to pass two guards, while an orchestra should drown out their noises. Fleming later played golf with the conductor of the orchestra, Douglas Bader.
'Molle mit Korn' instead of Vodka Martini
To kill time in Berlin until killing time, Bond travels to Kurfürstendamm and has a double espresso in Café Marquardt. The cafe is attached to the Hotel Kempinsky in which Fleming slept during his Thrilling-Cities Tour. Today it is Café Reinhard`s.
Fleming himself didn't think much of Berlin, by the way. As he writes in Thrilling Cities, he associated especially the "gloomy capital" and the Ruhr region with the negative aspects of Germany and the two wars in which his father and his younger brother died. Accordingly, Berlin appears bleak and uninviting to Bond.
On Kurfürstendamm, Bond considers either to visit a brothel in Clausewitzstrasse (literally right around the corner) or to walk through the Grunewald. Morality wins, and Bond indulges in Matjeshering (white herring) and a 'Molle mit Korn' (a glass of local beer and a glass of grain schnapps).

Interestingly, in OCTOPUSSY Bond visits very similar locations. He drives down the Kurfürstendamm and passes Checkpoint Charlie. The police chase was shot at the highway exit Hüttenweg near the Wannsee.

Cello play behind the Iron Curtain

The corner house Kochstraße / Wilhelmstrasse was replaced in the 1980s by a building of Italian architect Aldo Rossi. The no man's land by the wall on the west side served as so-called Autodrom for several years, one was allowed to drive here without a license. Today you can find a small park here, with overgrown remains of the Gestapo headquarters. It belongs to a site of the "Topography of Terror", with remnants of the original Berlin Wall and information boards of German history.

But the "House of Ministries", from which trigger operates, still exists today on the opposite east side! Originally built in the late 1930s as 'Reichsluftfahrtsministerium' (aviation ministry of the German Reich), it survived the bombing of Berlin ironically. In GDR times, it was renamed the House of Ministries and served as the seat of government until the construction of the Palace of the Republic. Here, Walter Ulbricht expressed one of the most famous lies in history that no one has the intention of building a wall.


After the fall of the Berlin Wall,  the monumental building was renamed as 'Detlev Rohwedder House', and serves now as the headquarters of the Ministry of Finance. Interestingly, the building actually does have a concert hall, what makes the short story quite realistic. If Berlin wasn't already used for OCTOPUSSY, they could have shot THE LIVING DAYLIGHTS on the original locations of the short story. But only in theory, since a defection at this place was much more difficult in 1987. Nevertheless, the building was used as a filming location: For the film Valkyrie with Tom Cruise in 2008 it was changed back again into the Ministry of Aviation. 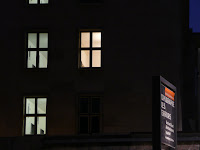 Left picture: Lighted windows in today's Ministry of Finance. Bond targeted one of these and 'scared the living daylights out of her'. 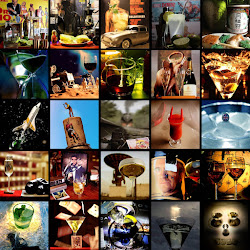